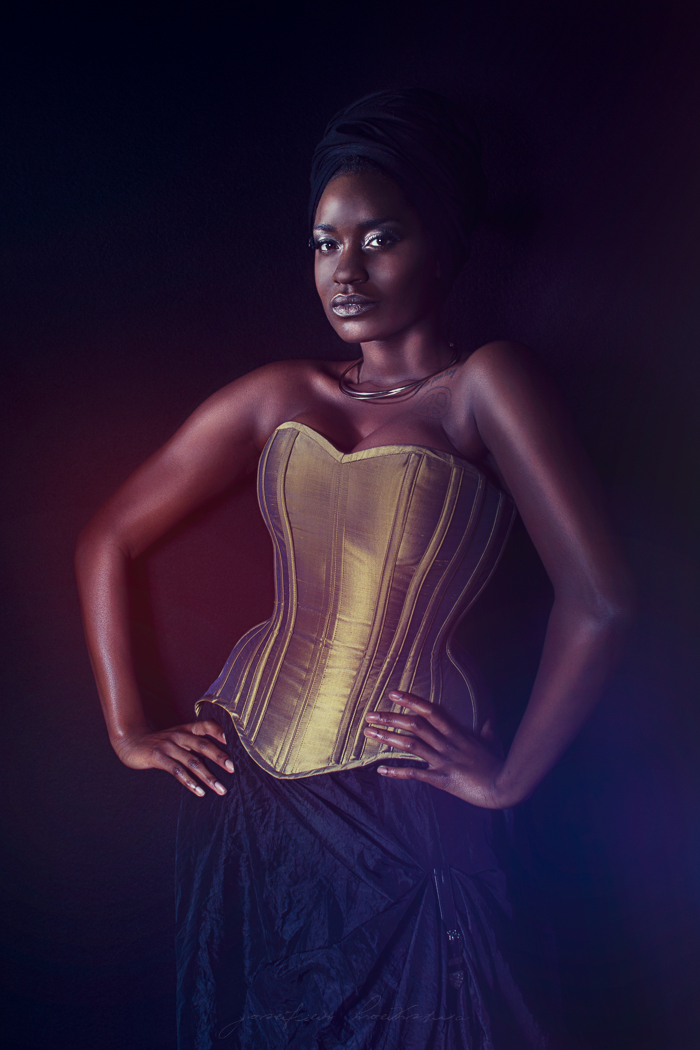 Last week I had a fantastic shoot with an incredibly lovely team.
As usual it was an all-girls club ( that just keeps happening! ) and we were all bursting with energy, motivation and inspiration.

The team consisted of MUA Ashley Wolthers ( www.ashleydesign.nl ) designer and stylist Sannie from Skeletons in the closet ( http://www.skeletonsintheclosetclothing.com )  and model Whitney Marcial from MaxiMe Models

At the moment, all of my photoshoots take place in my livingroom because since I moved to Amersfoort my house is considerably smaller and we don’t have a seperate studio space ( boo! )
However, I do have enough room to create a little makeshift studio and most of the time it works perfectly.

You certainly won’t notice when you see the final images. It looks a bit silly on backstage pics, though… 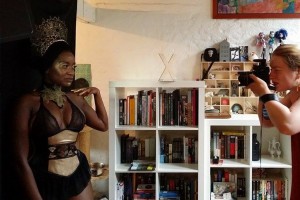 The theme of the day was black and gold and we shot three different looks in total. We started with a pretty basic look with pretty simple light and worked it up to an extravagant look with coloured light and lots of shine!

For the first shot I used two flashes, one with spot with barndoors + grid and one with a reflective umbrella. It’s a very simple setup but it almost never fails.

For this next shot, I added a blue filter to the spot with barndoors and grid. It makes the image a bit more atmospheric, and in my opinion it’s a lot more fun than just plain white light. 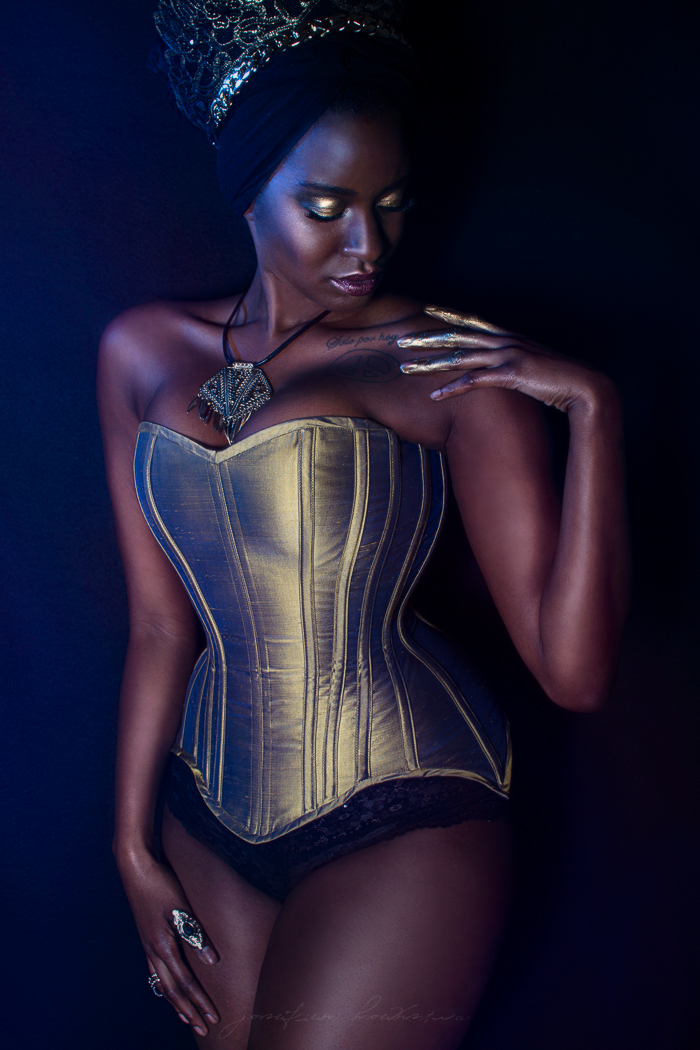 For the grand finale I added a red filter to the frontal flash with umbrella. By doing so all the white light is gone and you get an interesting mix of red and blue which really works well on Whitney’s gorgeous dark skin. 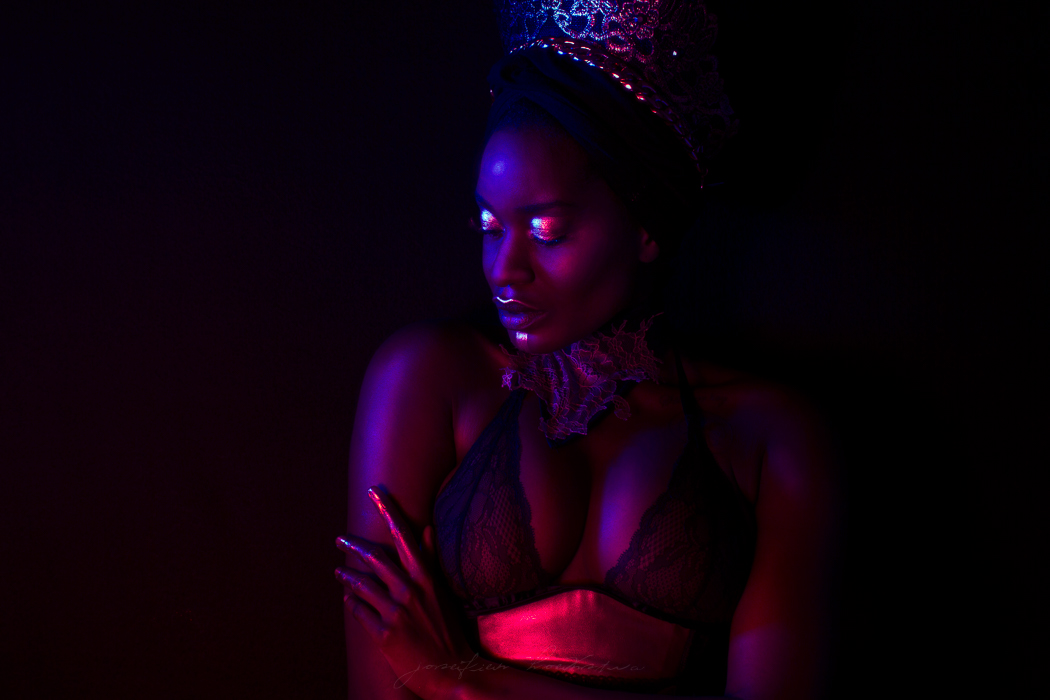 Here’s a straight from the camera shot of a happy dancing Whitney.

These dark images with no white light at all don’t always work. But when they do, they’re certainly spectacular! 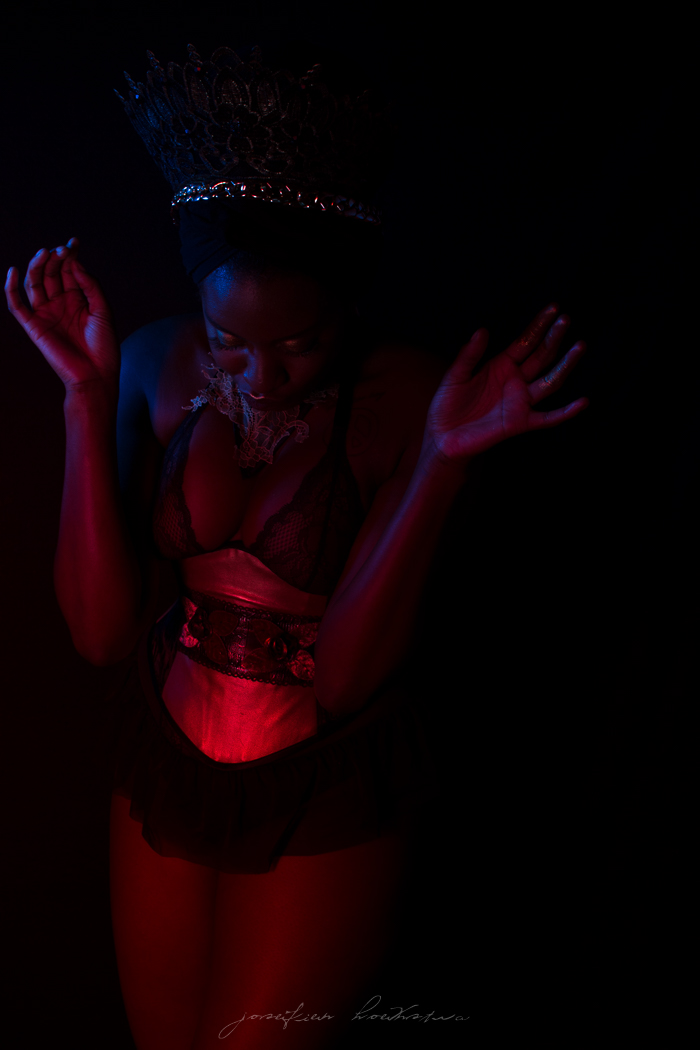